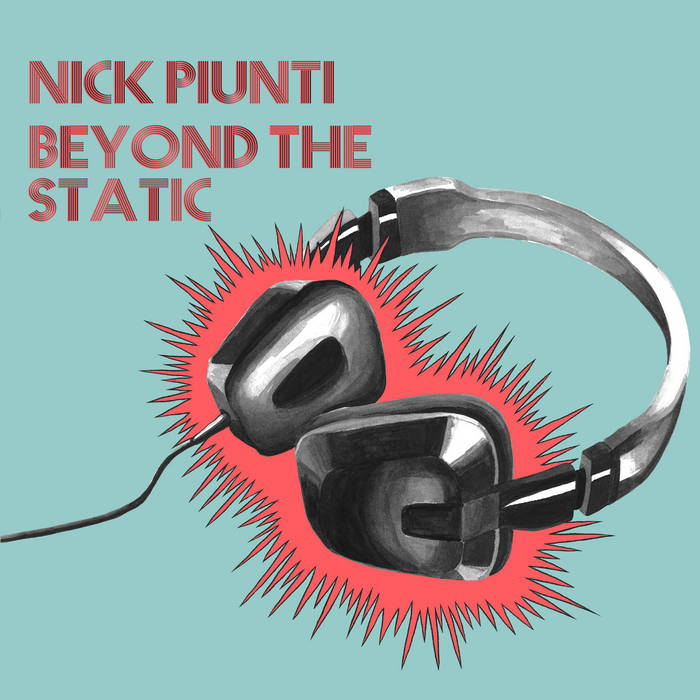 POPPHIL Nick Piunti's third album confirms the idiosyncratic talent of this musician who keeps churning out fantastic power-pop tunes that would rejoice even the most jaded pop-rock fan, whether young or old, if they knew about the existence of 'Beyond the Static'.

"Beyond the Static" easily makes my top 10 list for 2015. Don't miss this one!-Powerpopaholic

"Beyond the Static" is a superb effort from a music "lifer" who is at the very top of his game. Musically and lyrically he has delivered an extraordinary collections of songs.-Lord Rutledge, Faster and Louder

Piunti knocks out the hooks and melodies one after the other in the most classic of power pop styles. "Beyond the Static" might just meet or exceed 2013's #2 ranking when it comes to my 2015 list. -Absolute Power Pop

"Beyond the Static" is a grand work of pop art by an artist who is at the top of his powers. -Alan Haber, Pure Pop Radio

"Beyond the Static" is an album full of brilliantly written pop songs which are actually timeless.-The Soul of a Clown

Fans of 13 In My Head will definitely love Beyond The Static – it’s more of the same; infectious power pop songs, with big guitars, harmonies and strong melodies.-Sean Hannam, Say it With Garage Flowers.

"Beyond the Static" is Nick's follow up to his critically acclaimed 2013 release "13 in My Head". Recorded again at Big Sky Recording with producer Geoff Michael, guitars are forefront in these 11 timeless songs, ranging from classic power pop, to indie rock and back again. Released by Two Brains Recording Co. 2015.

Guests John Beltran and Kim Myhr walk us through their magical musical adventures.